how they get ya coming and going 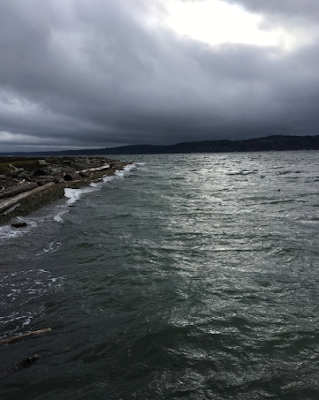 You’re back! I was just about to email you and beseech you to return! I’ve missed you woman. ❤️

so good to see you again! both procedures are easy and painless. have fun!

Missed you - so glad you're back.

Which makes you Becky GoLytely in Breakfast at the Forest of Feral Chickens and Owls. Bravehearted beargirl, I am holding you, always. (I'm all swoony and in love with life now that your blog has kicked its door wide open again. It takes so little to make me happy.)

So happy to see you here again but damn I'm sorry for what you're going through. Missed you and thought of you often. Wishing you strength. They did both at the same time for me a few years back, I remember asking if they were going to meet in the middle. Much love.
Xoxo
Barbara

Dear R,
So glad Mr T made it safely to you. I have missed you too! Love, R

Dear James, hello my friend. I'm so glad you visited. Sorry it takes me so long to respond these days some days I can't sit up long enough to open the computer. I hope you are warm and well and I do understand the sad. Love, R

Saranne, thank you for the welcome back and I'm glad you found me here. Rebecca

Laurel, Merry 2018 and that's the first time I've typed 2018. I like its round womanly curves. An owl flew right past my bedroom window this morning Love, Rebecca

Barbara, hello my friend! I'm sorry I stopped writing you and I treasure our correspondence. Soon! I only sent out three Christmas cards this year but I may send them out as valentines if I can and if I can. Love Rebecca

I'm glad you're back. Greetings from Kentucky from Rhett the Wondrous and his besotted owner.

i don't always speak,but i am always here. and always with you.