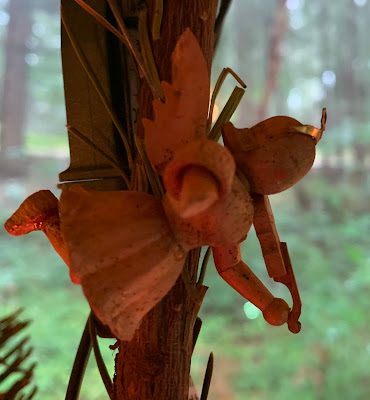 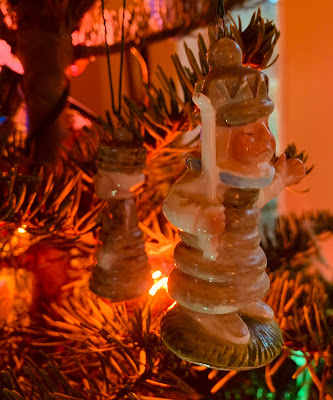 Love to you Darklings for muddling through somehow

We only eat black-eyed peas here in the south for New Years. No idea why.
Did you tape the ends of the light cords to the tube? That helps. Or, alternately, you could make a cut in the ends of the tubes to tuck the cords into. That might work better.
Anyway, you may be right about February. Or, perhaps we should just skip everything but the cheese and chocolate eating. You know what I did this year? I gave half a fruitcake to the chickens because it sucked. I am almost tempted to send a stern letter to Costco to tell them that their quality control has obviously got a problem. Or did they change their recipe? Whatever, they need to try harder. The one thing I really look forward to at Christmas is fruitcake and this year, that small pleasure was taken from me.
I suppose I should start making my own again.
I am glad you got your health care problem sorted out. Why are the hardest things always seemingly made even more difficult?
(Back to the fruitcake.)
Love you, Woman. The animal gods are smiling on you.

Mary I did tape the ends and your genius was much praised throughout the land. I loved you writing about homemade fruitcake because I thought I was the only person on god’s green green who loved it.
Love back

Ps I have been a stern letter writer and fierce documenter of everything under the sun and my stern letters have often got results. I say hold their feet to the fire. Somethings are sacred.

The most money I ever made writing was with a letter that I wrote to the Viking company after we bought one of their over-priced, over-hyped stoves a long time ago and it went to shit and they said, "Too bad. The warranty's run out."
After they got the letter they sent a TEAM of men to my house and honey, they fixed that stove and it was beautiful.

"now we are in that liminal space between Christmas and New Year’s day where everything seems to stop completely except the eating of cheese and chocolates" - I'm holding up my end.

Oh the cheese eating. I am currently digging my fingers into this squat jar of sheep's milk something or other in olive oil. I smear it on everything.

I’ve seen those jars now I will
XXOO

I exhale when baby Jesus's birthday is past and feel glad that the season from christmas to new years is but one week. This year was particularly bad in that I wondered what the world would be like without me but I didnt tell anyone. i just closed the bathroom door and cried and then i blasted cello music and it helped.