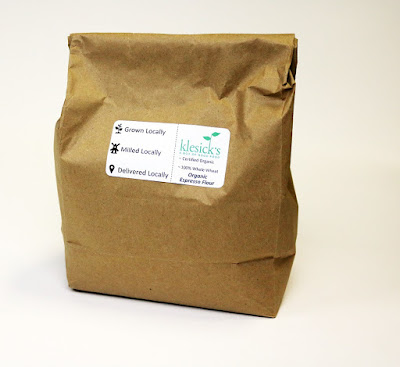 this volunteer rhododendron growing under my deck is absolutely spectacular it’s getting eaten by blackberries that might not be blackberries they look like blackberry vines but they might just be fierce invaders who the hell knows until they produce fruit it is folly to think you can tame blackberries anyway I have to go under there and and pull them out to save this beautiful rhodie that lights up my eyebulbs they honestly blaze and dream of whole wheat espresso bread flour and its many possibilities (espresso cinnamon rolls?) 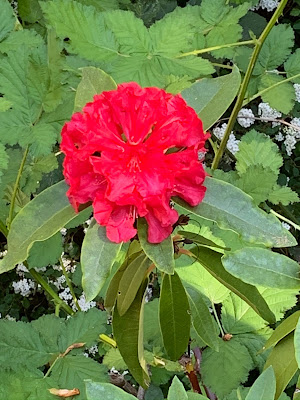 Well, let us know how that flour is and maybe WHAT it is and also, if those are blackberries. I hope you find eggs. Right this second one of my hens is busting my ear drums on the porch by announcing that she has laid an egg in the basket and would like Liberace to come and escort her back to the flock.
Jeez. I think she's broken. She won't stop.

No eggs today but I never give up hope. I think Jack is caring for his daughter and laying low. Ha I made an egg joke. So did you!

This organic flour is made from Expresso hard red spring wheat which has mild, nutty overtones with a hint of cocoa. It is a rustic European style bread flour that is milled in a way that retains more of the bran and germ than off-the-shelf flour sold in the U.S. This produces more flavorful, aromatic and nutritious bread. With a high protein content, it is a strong flour that makes beautiful sourdough bread, pizza dough, focaccia and more. Try it blended with the Edison Hard White Spring Wheat Flour to produce baked products with a rich and distinctive flavor.