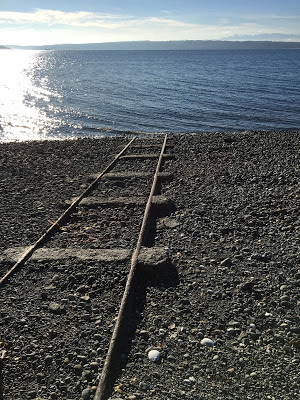 but behold! all is not bleak! last night wee feral cat Hal caught his first mouse and jumped up on my bed with it crunched between his pointy feral teeth (not carrying it neatly by its tail singing a kill song as Jupiter does) I quickly dispatched the mouse into the forest and commenced giving Hal highest praise and catnip and strokes and thanks for his brilliant gift there hasn’t been a mouse in the house for over a year I’m sure it was just seeking sanctuary the second goodness is that two days ago I started to read again finally I read Iain Reid’s I’m Thinking of Ending Things after watching Charlie Kaufman’s brilliant film based on the book because I was so intrigued and mesmerized by the film (on Netflix highly recommended) and yesterday I read halfway through Margaret Atwood’s The Testaments I read the way I’ve read my entire life nonstop lost enthralled and happy like there had never been a long stretch of time where reading left me my most beloved portal

I hope you are safe wherever you are 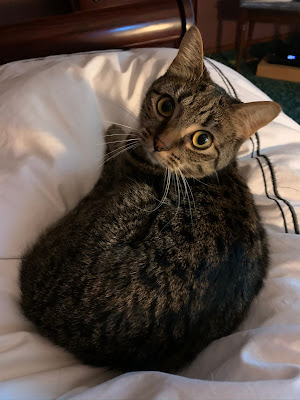 You are such a very good mother to your little animal gods.
I am having such a hard time reading these days. Even with my ears. No book makes me happy. No book carries me away.

I’m glad your son is safe and with you. Mighty, mighty Hal the hunter! I just want these horrendous fires and the horrible orange thing and his cronies to be done and out, out out!! The universe needs to show us a little mercy. Much love and so happy to see you on Instagram!
Xoxo
Barbara

Yes mercy yes. Hal has surprised me by becoming my constant companion always curled at my side or swinging around my ankles when I cook. He even walks beside me down the hall. I haven’t had such an attentive body guard since Paris the Genius Cat. I feel so honored. X

Thinking of ending things- visually is a feast- mentally is exhausting- genius really. Or genus (?)- Hal is mighty- may he not become a host for toxo. I am under the same so-called sky as you and the lad, it is brown dark and thick. I am glad that you are together, as it should be...I miss my boy.

It was genus- a wild ride. I want to watch the film again after reading the book but I don’t think I need to. It was not an easy film and I am left haunted by Toni Collette’s remarkable face. She is really something else. I wish your son was there with you. Portland. My father lived there he loved the wilderness. He camped at the base of Mt. Hood the day before his open heart surgery now he’s buried near the freeway. We live in interesting times. X

OK, I'll watch the movie. I've avoided it because, well, you know.

Hello Coyote! Yes. It is so good. Jesse Plemons is amazing as Jake though as I watched it I kept thinking he was all wrong for the part though he was perfect. Which makes sense given the story. X