I have been giddy with sun lately. And dresses. And punctuation. I planted more blueberries two bushes named Chandler. I bought them at the little bait&tackle gas station store where they sell worms and triscuits and fishing and crabbing licenses. And blueberry bushes for ten dollars each. They sell at nurseries for at least $30.00 each. The lilacs are out on the island and are beginning to open on my deck. Lilacs make me giddy and stupid. Lilacs make me slather myself with fancy girl perfume and wear my tiara to the grocery store. Lilacs make me dance. Lilacs are the smooth rock hidden in my boot the secret to my creaky hips in the morning. I wanted nothing more than to be the famous Lilac Queen or one of the famous Lilac Princesses of Spokane when I was growing up. Of course I was not. I have grown weirdly nostalgic for the smell of city busses and lilacs in a vase or purloined lilacs in my arms. They grew everywhere when I was a girl. I thought they were wild flowers but they are in fact intentional. When I was a girl my stepfather told me that if I ever saw lilacs growing randomly in the woods or in some deserted old place it meant someone lived there once and loved there enough to plant those gorgeous flowers intentionally. In other lesser news I titrated my dose of carbamazepine down so quickly that I got a sudden reminder that I am in fact still fucking crazy. So I have titrated back up by 100 mgs. It’s exhausting and typing it out here makes me want to cry. I keep thinking if I’m good enough if I’m fragrant enough if I’m princessy enough I will eventually outgrow my bipolar diagnosis. In fact I have spent this past year thinking I had outrun it. It’s hard to think about in the guts because it harkens to giddy it harkens to scrounging it harkens to dolphins by the jetty it harkens to accepting love it harkens to that lost world where I lived without a bathtub but a turquoise swimming pool was there and I swam in it every single night under the busiest flight path of the airport. The way the scent of lilacs can knife you in the belly or lift you clean up into the sky without warning. 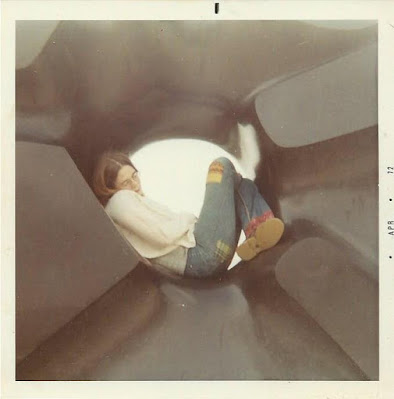 Lilacs barely coming out here- we are north of you by so many miles. When I saw one i said "that is the poet lilac Queen- the one whose domain is an island." Tiara to the grocery store , what a brilliant idea. Sorry about the Carbamazepine trick- I fell for the same trick with my little blue pill, doing so well...and then CRASH! so , must get a refill. It is OK , only 27 bucks to keep my ores in the water. Lilacs make me cry.

They are so tender and heartbreaking. I pick them carefully where I can but never my own I am a lilac ho! Spring is undeniable and this weather is tiara worthy.

We cannot grow lilacs here. I comfort myself with the camellias. You ARE the Lilac Queen. I know it.
I think bi-polar must be the worst bitch in the world. Because I am very lucky, I do not know that fact for certain. I do know, however, that when I try to back off my meds, my brain looks at me like a nun looks at a child who has peed her pants. And then she reaches for her ruler.

Oh my sweet, sweet, girl. We cannot not undo our rapid-fire furious white-capped brains. So our words rise up to meet our feet. And when we must run backwards we dance. And when we must dance the heavens reach down and pick us up by our napes and shake us. So let us rail at the gods tonight. And let the entire mess of us howl. And bully the moon. And may the devil take the hindmost.

$10 blueberry plants! Damn. I just bought three on sale at $22 apiece. (Plus $20 more for peat moss.) And now my mother tells me the birds will just eat all the berries, if/when I ever get any. We'll see. Every spring I'm inclined again toward hope. It'll pass.

My God that last line.