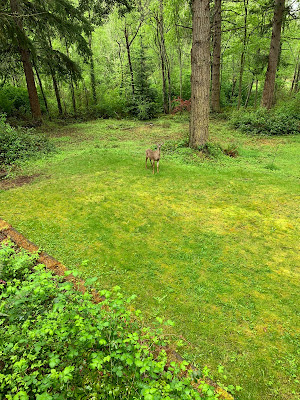 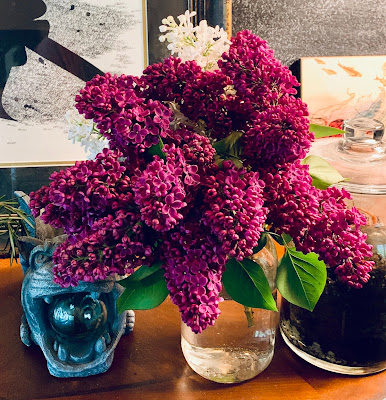 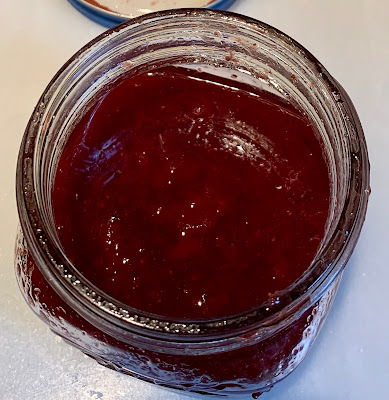 Your writer brain functioned magnificently and took me on a journey. I’m right there with you. That green is astonishing and that ruby red jam with no pectin looks like heaven might taste.

Dearest R the difference in taste between pectin and no pectin jam is amazing. I couldn’t believe how green it was this morning no filters on that pic even the deers curled up on the grass and slept. I am so lucky to be here. ♥️

I miss the forest and the ocean so fiercely right now. Trying to stay content with city warblers and coyotes and wandering cats and the chickens who also wander.

Once a long time ago Publix started selling a frozen strawberry jam and then they discontinued it and I bought it and bought it and bought it and we ate every last ruby drop of it. As wonderful as it was, I'm sure it wasn't as good as yours.
Your green is not the same as our green but they are both beautiful and sometimes I can't believe I get to live on this green planet.
I am afraid you are right about opening the parks. I'm sorry.