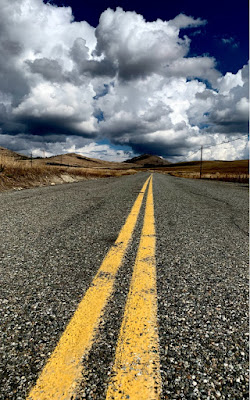 My son sent me that photo yesterday of Chesaw in the fertile Okanogan Vally. He pulled over in his truck to watch a fire burning. I’m making a huge batch of cheese and onion and green pepper enchiladas and another batch without cheese for those vegans who might be here to freeze because I’m expecting to feed a houseful of people sometime here in the near future and I don’t want to be caught off guard. Chopping onions and stirring a roux and unsuccessfully fighting back a ripe and pungent panic. Here is a reprint of my enchilada recipe except because the garden is still overflowing I’m using fresh peppers. The thought of the giant surfer children gathering here breaks my bombed out heart wide open. Hello Darklings. The day is bright and beautiful but everything in the vast underneath is burning.

ps. In case anyone wants it and because I am always curious about recipes here is my easypeasy recipe for cheese enchiladas

Cheese Enchiladas a la Loudon
or, as we call it, dinner

Heat 1 tablespoon of butter in a heavy bottomed sauce pan
Add 1 tablespoon of all-purpose flour
This will become your roux the base for some of the world’s best sauces
Stir your roux constantly until it is light brown and has a nutty flavor it's a good idea to taste it to make sure the flour taste is cooked out but don't burn your tongue on it
While you are stirring sing this song repeatedly since it only has one verse and no chorus:

Serve with a buttload of sour cream and some chacha salsa

Well, it's time for breakfast and I wasn't feeling it, but now I'm hungry. My stomach just made a bear sound from a long distance off. Good morning dear, drear Rebecca. Each time you break open today, great gobs of yellow will fly out and bathe your house and all those in it molten and goodness.

I promise never to eat meat in those. Ever, ever, never.
Thank you. Lovely recipe.
A friend who popped by yesterday was on her way to deliver a pan of poblano and spinach enchiladas to a friend. The friend had been struck by lightening. In her house. But I think she's okay.
Now I can't stop thinking about enchiladas.

I can't stop thinking about enchiladas either.

You and Mary and Elizabeth make me wish I loved to cook more. You are such artists at it, each in your own way.

Where are you, my dear? I love hearing and thinking about you on your island. I lived in Edmonds, near the ferry dock for several years and miss it so much. I hope you are well and I love you.

Happy Halloween, and thanks for the recipe! I bought a load of hatch chiles at the farmers market and I have so many gourds, squashes, and pumpkins that I have to use up so I am making tamales full of pumpkin and cheese and hatch chilies but I am happy to think of you and your enchiladas!